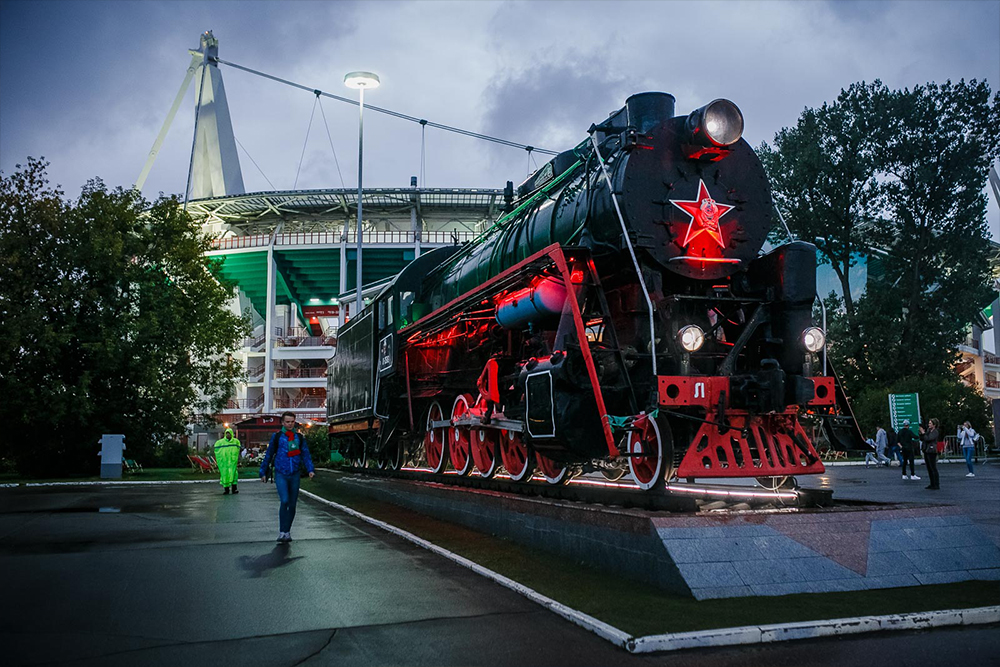 Our club sincerely welcomes all fans going to attend the forthcoming game of the Russian Premier League at RZD Arena. Looking forward to seeing our red-green supporters, our guests from Saint Petersburg, all football lovers as well as those to visit our stadium for the first time ever!
This is to share you with the piece of useful information allowing to make your visit safe and comfortable.

HOW TO REACH OUR STADIUM

If you come to visit Moscow from so far away and intend to make a tour of the city center before the game, please pay attention: the travel time from the center (Okhotny Riad metro station) to RZD Arena (Cherkizovskaya metro station) is about 19 minutes.

The supporters using their own transport are able to use the covered parking nearby the stadium (you can purchase the parking pass online via tickets.fclm.ru).

ENTRANCE TO OUR STADIUM

Traditionally the turnstiles open two hours prior to kick-off. In order to avoid the queues while entering RZD Arena (both the stadium complex and your block) we strongly recommend to arrive in advance. We also ask you to refrain from taking large-size items to the stadium. You can leave all that stuff in the storage locker close to the central entrance group.

One more reason to arrive early enough – the outstanding show program right in front of the South stand!

FOOD AND BEVERAGES INSIDE OUR STADIUM

We are delighted to offer you the snacks and beverages in the buffers situated near the entrance to the blocks.

Useful piece of advice: the queues to the cash desks equipped with non-cash payment system might be longer compare to those where you can pay by cash. We do recommend to prepare cash in advance. There are no cash machines inside RZD Arena.

The nearest cash machine can be found at Cherkizovskiy shopping arcade (next to the exit from Cherkizovskaya metro station).

SMOKING INSIDE OUR STADIUM

According to the Federal Act on protection of the population from the harmful effects of cigarette smoke and the consequences of tobacco consumption, smoking at RZD Arena is strongly prohibited.
We kindly ask you to refrain from smoking in the under-stands premises including the toilets. Please remember: you are enjoying the game alongside women and children.

AWAY TEAM’S MERCHANDISE ON THE CENTRAL STANDS OF OUR STADIUM

Lokomotiv fans are one of the friendliest supporters across the country! You can take the merchandise of your favorite team to the central stands of RZD Arena with no limitations. We just kindly encourage to support your team in a civilized manner without breaking any rules of public conduct. Please bear in mind that we share the love for the game!

See you at RZD Arena!
May the best team win!